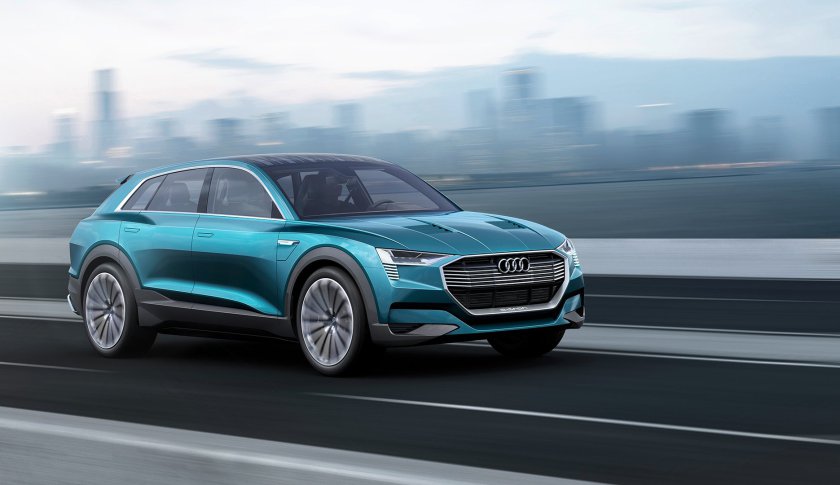 The German automaker still sees potential with hydrogen fuel too.

Audi plans to introduce a new electric vehicle model every year beginning in 2018, as it races to catch-up to Tesla and other rivals in the luxury car market.

The new effort will begin with its first all-electric luxury-class SUV, which will be based on the Audi e-tron quattro concept car that debuted in September at the International Motor Show in Frankfurt.

Audi CEO Rupert Stadler laid out the plan at the car maker’s annual meeting on Thursday. His comments expanded on a commitment made last year by Audi of America president Scott Keogh that at least one quarter of all Audi cars sold in the U.S. by 2025 will have a plug.

«The first large series all electric car will go into production in 2018,” Stadler said. “And we’re thinking beyond that: as of 2018, we will launch an electric model every year.»

Audi’s electric vehicles won’t just show up in market niches, but also in high-volume segments such as its Q line of crossovers, wagons, and SUVs, he added.

Audi has historically focused on producing gas and diesel-powered vehicles along with a smattering of electric hybrids. Over the past year, it entered the U.S. electric car market with the 2016 A3 Sportback e-tron, a plug-in electric hybrid.

Stadler, who acknowledged that hybrids and plug-in hybrids have been a transitional and bridging technology for the company, also pushed for a global rapid charging network to encourage the switch to electric vehicles. Just because Audi is pushing electric vehicles doesn’t mean its given up on other fuels like diesel, gas, and hydrogen.

“We see great potential in fuel-cell technology,” Stadler said, adding that his company’s h-tron quattro concept car operates on electric power with hydrogen as the energy source. “Audi has the leadership for this technology within the Volkswagen Group, and will bring it out of research and towards series development in the coming years.”