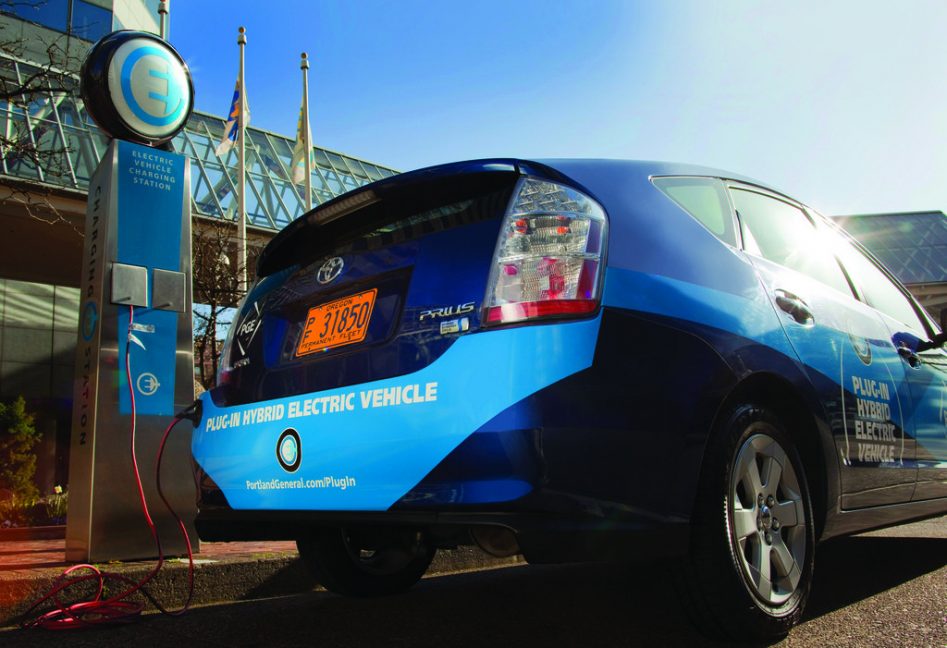 The all-electric automotive future is fast approaching, and Japan is leading the way.

This is great news for Nissan, as the increased availability promises to make its all-electric Leaf even more attractive to Japanese buyers. The Leaf can travel 107 miles on a single charge, and with so many charge points, range anxiety should diminish.

Granted, this number is greatly skewed by including charging stations inside private garages. But that may soon change as well. PlugShare is a website that maps out charging stations across the world, including private ones available for public use. Think of it as Airbnb for car charging. If this concept takes off, then car charging will gain the benefits of the sharing economy.

As for actual charging stations, there are a 6,469 CHAdeMO DC quick chargers in Japan. That number may look small, but compared to Europe’s 3,028 or the 1,686 in the U.S., Japan still far outpaces the rest of the world. If things continue to go this way, then Japan will be on track to have 2 million charging stations by 2020, with 50 percent of new car sales being green.

Japan has been aggressive with tax breaks and subsidies for buyers willing to make a more environmentally conscious purchase. Even Japanese Prime Minister Shinzo Abe boasted that as much as 3 million yen ($27,937) could be offered as subsidies to buyers. With incentives this generous, it’s easy to see why Japan has done so well in the EV space.

With Tesla aggressively pushing its all-electric vehicles in the U.S., incentives could also expand for American buyers.